skip to main | skip to sidebar

One of those tough ones where I wanted to experiment a lot with the visuals but the client was constantly wanting me to move back for a more... traditional aproach.

After many battles lost, the only thing I kept in (I´m not even sure if the client noticed) were the benday dots. 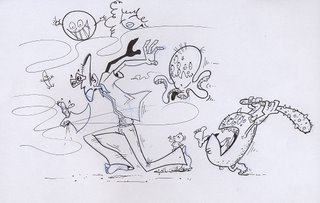 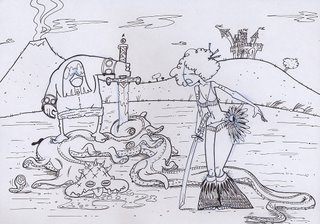 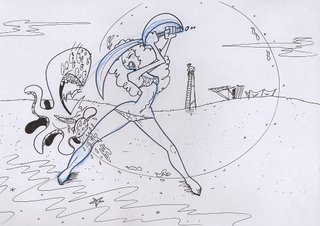 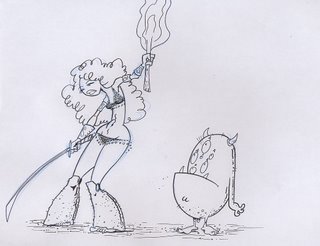 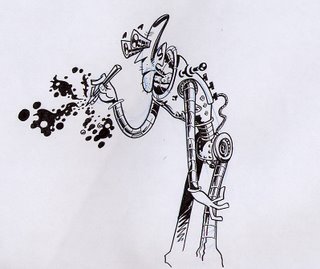 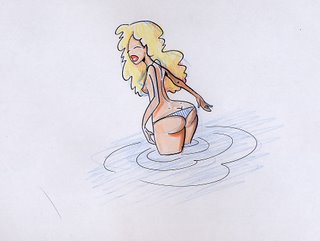 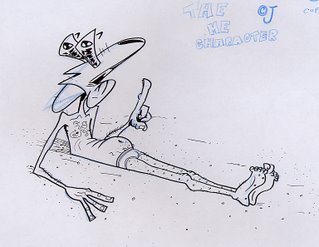 Xmas time was aproaching, and the client needed a commercial for the next week. The whole Espadinhas team (me, plus an animator, an inbetweener, ink and paint person and 3D modeller) was working very hard to put on air a 40 second piece every working day (more about this soon, we ended up doing 190 episodes). They REALLY needed it, so, they canceled the show for a week to get the whole team working for this commercial. In that week, I had to storyboard the whole thing, make the animatic, show it to the client and start the whole production process. The Backgrounds are all in 3D that I had to sketch and supervise step by step all the scenes. There are also lots of sfx that take years to render and fine tune. On top of all that work, I had to make character design for the kids in the choir and animate all the main animation. This is what turned out...
Posted by Jorge at 12:05 PM 1 comment: 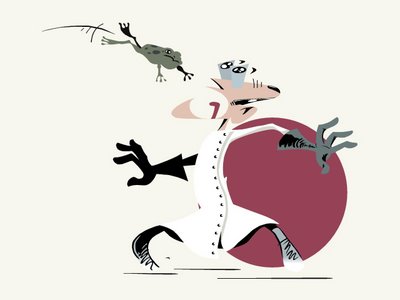 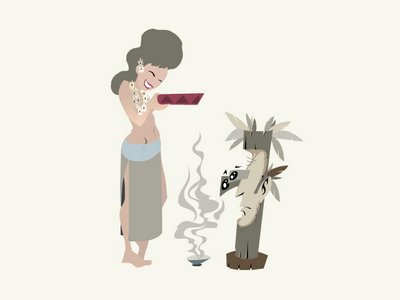 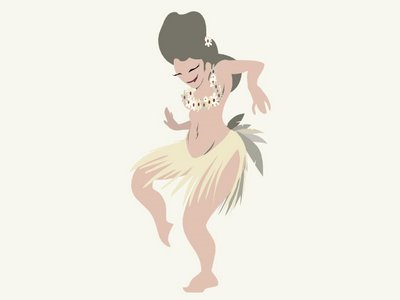 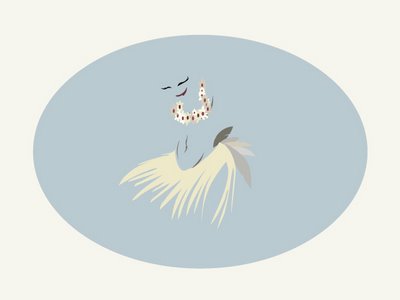 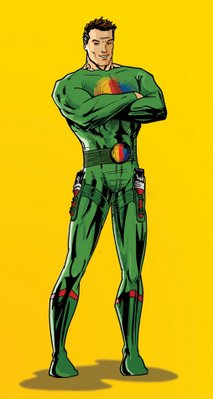 One of my toughest assignements yet.

It´s very hard for me to draw superheros, and this particular client wanted me to do a superhero Jim Lee style. I tried to do that, and I came out with the character design for the print materials. They loved it so much that it created a big expectation on how the actual movie would be. But...

One thing is a single pin up, the other thing is to animate it. And aaaaarghhh it was tough! The film just kept coming and going back to the client and they weren´t pleased with anything.

The final result is far from satisfatory to me, but I as actually impressed by myself as I never thought I could draw Superhero´s Marvel style.

I was asked to do the whole look of this comercial for an internet service provider. The agency had the script of a super fast dog delivering information to his master´s door.My main goal here was to keep the animation as snappy as I could. I focused myself on not doing things too fluid, because I wanted to break the movement a bit, so, for instance in the last scene before the packshot when the dog comes in to the pile of newspapers, I have one frame of the dogs paw gettin on screen and then POW, the whole dog´s there just settling.

On the pack shot, I had to compose my 2D animation with the 3D of the product.


Created in 2003 and produced single handed in one month!
I was asked to make a music video for this Portuguese band called Blunder. The music, as well as the whole album, was based on an original Story where the main character, William, didn´t speak. In this song we experience the willingness of the character to be heard. As I heard the pitch, I went home and finished the storyboard and the animatic in a couple of days. Then, after aproval, I started the animation process. There wasn´t much time. The record company needed the final product within a month, but I didn´t want to do anything limited, and, as I wanted to prove myself I could do it on my own, the only solution was to work like a dog...
Most of the animation jobs I get don´t give me time to even think about what I´m doing. Every client I get want´s a finished animation piece for the next week or two. I actually like this kind of chalenge as I´m aspiring to become the fastest animator on the face of the earth (I know, Ub Iwerks, I´m still nothing compared to you). I started working every morning at 10 am and only stopped to eat. Then I would go back to the drawing board and every day finished working at 2 am. Once a week I would go to the client to show the finished shots and I would take the rest of the day off just to keep my sanity.
The whole animation is made with a paintbrush so that I could achieve the particular look I was aiming for, and then scanned in and painted digitally. I used two or three layers of dirt in front of each shot and had them animated left to right and other right to left, so there´s allways this fog surrounding the characters.On top of all that, I filmed a blank 8mm film projected onto a sand white wall, and used it to create an old movie atmosphere.
By the end of the deadline, I actually needed a bit of help, so I asked my wife to animate the rain shot. The one where you see the rain falling right on the camera. That´s the only shot I didn´t do.
After all my shots were completed, the film was edited and some effects were added, like jitter in the part where William screams at the window. Some colour corrections were made to keep the clip as a whole and voila!
Posted by Jorge at 10:57 AM 1 comment:

I´ve been thinking about creating a website to post my work on for a long time, but I never seem to have time to even think of it. So, I decided to have my work online the easiest way. That is, start a new blog and hope it will evolve to an amazing web page full of neat stuff.
Posted by Jorge at 10:29 AM No comments: